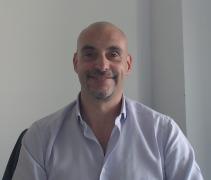 Research Activity
The research activity of Andrea Segalini mainly involved studies on Rock Mechanics and Slope Stability. In particular, the main research topics in which he’s been involved during his career, in chronological order, are:
1. Theoretical and experimental studies for rock mass classification and for the assessment of the mechanical behavior of the rock masses: these studies originally regarded the development of a computer code for the rock mass classification and the definition of parameters to be used in a straight forward process of slope stability analysis (Master of Science Thesis). In the latest years, these studies dealt with the development of new techniques for the geomechanical survey of the rock masses.

2. Characterization, monitoring and stability analysis of soil slopes, with particular regard to the hydrogeology and to slow deformation under constant load (creep): The research activity in this field regarded the analysis and interpretation of various slow landslides, widely diffused in the northern Apennine, which are involving colluviums and other complex soils that cover most of the Apennine slopes. The slopes have been studied from the geotechnical point of view through the characterization of the materials acquired by means of specific laboratory tests. During this study, substantial modifications of the standard laboratory apparatus where made, in order to examine samples of wider dimension (thus reducing the disturbance effect due to sampling) and to analyze the time dependent behavior of such materials under constant loads (creep tests).
3. Theoretical and experimental studies on rock mechanics issues. The research carried out in this field regarded primarily the mechanical behavior of natural discontinuities reinforced with cables and their modelling using distinct element and finite difference codes; the studies started from the verification on site tests of some cables installed in a reinforced slope. From the laboratory point of view, an innovative shear box was designed and built at the DICATeA Lab; this device allowed for testing of discontinuity under cyclic loading in a temperature controlled environment. Objective of these tests was to evaluate the damage degree of discontinuities subjected to cyclic shearing loads due to seismic activity or freeze and thaw cycles. 3D numerical models, based on finite elements code and reproducing the original morphology of the discontinuities, where developed in order to simulate the shear test and allowed for the prediction of the damage degree induce by a particular sequence of loads.
4. Numerical modelling for the analysis of the stability of rock and soil slopes: In this particular field various back analysis on distinct element models of natural rock slopes where carried out, in order to take into account, the mechanical and hydraulic behavior of the rock mass. From what it concerns soli slopes, several back analysis of natural landslides where carried out using the limit equilibrium methods. In the field of slow slope movements in complex soils, starting from a series of experimental data obtained as described above (Point 3), numerical modeling of various Apennine slopes where carried out using a finite difference code (FLAC). Good results were obtained using the implementation of the Burger (1966) rheological model and comparing the calculated deformations with those obtained from a 30 years old superficial monitoring.
5. Theoretical and experimental studies of the rock fall phenomena: In this particular topics several studies were carried out in order to access the mechanical features of the rock fall dynamics, and the determination of restitution coefficients that would allow for the reconstruction of rock fall paths and for the calculation of the Energy involved in the phenomenon. These studies, carried out for previous PRIN projects, involved the execution of onsite rock fall tests along natural slopes in order to determine both, restitution coefficients, impact energy and failure energy of natural blocks. In the same research field, the mechanical behavior of high deformation rock fall barriers has been analyzed; currently the investigation regards the mechanical behavior of these barriers when used to prevent and/or stop debris flow phenomena. The numerical analysis involved the definition of finite element models of the barriers and the dynamic analysis of the impacts in order to determine the absorbed energy during the impact of the debris on the barrier. Further development of the research, currently on progress, are foreseeing the execution of on site and laboratory tests on real scale or physical model of those barriers. In this recent years, the main research activity of Andrea Segalini has been related to the assessment of the mechanical behavior of protection structures upon impact with a flow, as well as the energy associated to it. He participated as scientific consultant of the Servizio Tecnico Centrale of the Consiglio Superiore dei Lavori Pubblici for the development of an European Assessment Document (EAD) regarding the Flexible kits for retaining debris flows and shallow landslides which is currently under study within the EOTA.
6. Numerical modelling for the assessment of the stability conditions of underground excavations in rocks and for the provisional assessment of the stability of excavations. In this field, the research activities where directed to the application of continuous and discontinuous models for the stress-strain analysis of rock masses, to be used as a tool to analyze the existing state of stress of large underground chambers for the exploitation of ornamental stones, as well as, to analyze the stress and strain fields induced by the excavation of tunnels and influence of the use of reinforcing systems.
7. Development of new instruments for slope displacement monitoring. In this regard, the research activity of Andrea Segalini led to the development of a Patent for a new type of automatic inclinometer (Modular Underground Monitoring System - MUMS), which is currently produced and commercialized by a Spin Off of the University of Parma named Advanced Slope Engineering S.r.l. (ASE S.r.l.). Prof. Andrea Segalini, is one of the Co-Founder of this Spin Off and the current CEO and R&D director. Researches for the development of new instrumentation for the automated monitoring of slopes and geotechnical structures, around the concept introduced by MUMS, are still in progress at the DIA and within ASE S.r.l.