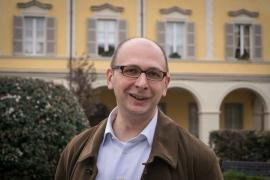 Associate professor of Theory of education; teacher of Media Pedagogy and Epistemology of Education.

Damiano Felini studied at the Catholic University of Milan, where graduated in Education, had an M.A. in Media Education and a Ph.D. in Education. He also studied at Babson College (Boston, Mass.).

Since May 2019 he is associate professor of Theory of education at the University of Parma, where he also teaches Media pedagogy and Epistemology of Education.

He participated research projects on the youth representation of the Internet; on the Italian TV watershed reshape (funded by the Telecommunication Authority); on the comparison between Italian, Austrian and German practices of media literacy for children and adolescents; on the state of media education in three regions’ primary schools (funded by Co.Re.Com. Lombardia, Emilia-Romagna e Puglia); on Cesare Scurati’s contribution to the innovation of Italian schools; on moral education of pre-adolescents (PRIN project). He coordinated the final step of the MENS interuniversity research project (Media Education in the School), aimed on building the new Media Literacy Education curriculum for the Elementary School; the interuniversity research project on video game education; the interuniversity research project on designing, documenting, assessing, evaluating and funding media education; the project Reconstructing the History of Media Education: Experiences, Personalities, Curricula and Theories, funded by the University of Parma.

In addition to his disciplinary field, in March 2017 he also obtained the national scientific qualification as associate professor in the sector 11/D2 - Didactics, special pedagogy and educational research.

Coordinator of the Erasmus+ mobility for all students enrolled in the Education programs.

Supervisor of the IDEA courses of Introduction to the Education sciences.