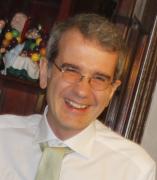 Current research interests of Agostino Gambarotta are in two major areas:
• Optimization and integration of Energy Systems, with particular reference to mathematical models for the simulation and design of complex systems and grids, aimed at performance improvement and management strategies to reduce primary energy consumption and environmental impact, to improve conversion efficiencies, to design optimized control systems for generation, transmission and use of energy, energy storage, cogeneration and trigeneration and renewable energy plants.
• Internal Combustion Engines (MCI), with particular regard to performance improvement, fuel consumption and pollutant emissions: in this field, both experimental and theoretical research has led to the development of methodologies for “real-time” simulation of automotive engines for the design of control and diagnostic strategies and for the optimization of exhaust gas post-treatment systems.

He is author of more than one hundred technical papers on the mentioned subjects.