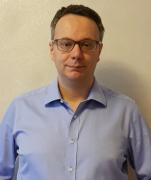 His research activity has been mainly focused on the theoretical modelling of the quantum behavior of magnetic molecules. The aim of his research has been twofold: the understanding of fundamental phenomena and the identification of systems suitable for technological applications, especially in the field of quantum information processing. His work has demonstrated the importance of S-mixing in the quantum dynamics of magnetic molecules. He contributed to put forward some of the first proposals for the use of magnetic molecules as qubits and the first proposal for exploiting molecular nanomagnets as quantum simulators. He contributed also to give the theoretical explanation for the long-lasting problem of the nature of the NMR signal in antiferromagnetic rings and its link to the relaxation dynamics. Recently, he has proposed that a new type of high-temperature slow relaxation dynamics occurs in the Ni10 family of compounds and explained the complex relaxation dynamics of the 3d-based molecular nanomagnets with the highest blocking temperature.

His research interests encompass also intermetallic and f electron systems. For instance, he has developed a generalization to J-mixing compounds for the analytical linear theory of magnetocrystalline anisotropy in 3d-4f intermetallics. He has investigated the nature of the hidden order parameter in the ordered phase of NpO2, showing that the driving order parameter is provided by rank-5 magnetic triakontadipoles, as a result of superexchange interactions. He has also demonstrated the presence of quadrupolar waves in the low-frequency dynamics of UO2. He has active collaborations with several experimental groups, and he regularly visits large-scale facilities to participate to neutron scattering experiments.

He is coauthor of more than 120 research papers published in leading international journals. His h-index is 32.

The research activity is in theoretical condensed matter physics. In particular, he works on the theoretical modeling of the quantum behavior of magnetic molecules and on the magnetic properties of rare-earth and actinide compounds. He has worked both on fundamental problems and on the investigation of specific materials in view of potential applications. He has active collaborations with several experimental groups, and he regularly visits large-scale facilities to participate in neutron scattering experiments.