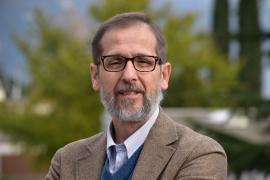 His teaching activity, at the University of Parma, involved several courses of Livestock and Animal Production, held in different Departments and, previously, different Faculties, Specialization Schools and Masters.

He is Member of the Commission of the PhD course in "Food Science" of the University of Parma, and is "Codirector de la Investigación" in the Doctorado en Ciencias Agrarias of the Facultad de Ciencias Agropecuarias of the Universidad de Caldas, Manizales (Colombia). In addition, he has been part of several teaching commissions of national and international PhD.

Member of the following Scientific societies:

Roles In Scientific Societies And Participation In Bodies

President since 2015 of the Mastitis Council Italia, founded in 2002.

President of the Audit Office of the Accounts of the ASPA Associazione per la Scienza e le Produzioni Animali.

Member of the Directive Board of the Italian Committee of the International Dairy Federation FIL-IDF.

Member of the Committee for Safeguarding the impartiality of the OCQPR Organismo Controllo Qualità Produzioni Controllate (including Parmigiano Reggiano) of Reggio Emilia.

He has been invited speaker to various national and international conferences and international seminars; as well as numerous national seminars and conferences. More recently at the XX Congresso Chileno de Medicina Veterinaria in 2018 in Chillàn (Chile), at the Minas Lactea 2017 31st Congresso Nacional de Laticínios, in Juiz de Fora (Brazil), at the Round Table Strategies for adapting to warm environment conditions in the dairy cow , in Perugia in 2017 as part of the 22nd ASPA Congress.

Activities As An Expert Valuator

Expert evaluator of the research, experimentation and demonstration project proposals in agriculture of the Lombardy, Tuscany and Piedmont regions.

He has been evaluator for the assignment of research grants and scholarships for the Universities of Padua, Foggia and Milan.

In addition, he was evaluator of research projects for JSC "National Center of Science and Technology Evaluation" of the Government of the Republic of Kazakhstan.

Member of the Editorial Committee of the scientific journal Scienza e Tecnica Lattiero-Casearia.

Member of the Scientific Committee of the divulgation journal "Informatore Zootecnico".

He was Vice-director of the scientific journal Scienza e Tecnica Lattiero-Casearia from 2001 to 2019.

He is referee of several national and international scientific journals including:

The following articles have been selected by the Journal of Dairy Science Editor as "Editor's Choice Articles":

In addition, he received the award for the originality and scientific validity of the research presented in the poster session of the 1st Dairy Congress, organized by the Associazione Italiana Tecnici del Latte and the Emilia-Romagna Region, held in Bologna on 12 June 2008. , for a contribution entitled "The technological maturation of milk in Parmigiano-Reggiano cheesemaking" (in collaboration with Malacarne M, Formaggioni P, Franceschi P, Sandri S, Pecorari M, Vecchia P, Mariani P).