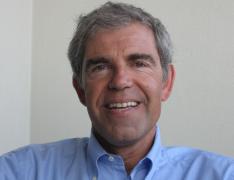 Enrico Dalcanale graduated in Industrial Chemistry (cum laude) at the University of Bologna in 1981. After working as research scientist at the Donegani Research Institute of Montedison in Novara from 1982 to 1990, he joined the Faculty of the Department of Organic and Industrial Chemistry of the University of Parma, where he is currently Full Professor. In 1985-86 he spent a sabbatical year in the group of D. J. Cram (Nobel Laureate 1987) at UCLA. He has published over 200 research papers, many reviews (journals + book chapters) and he holds 16 patents. During the 20 years spent at the University he has mentored over 80 MS thesis students, 27 PhD students and 17 postdocs. His research interests include molecular recognition, supramolecular sensors, self-assembly of nanostructures in solution and on surfaces, supramolecular polymers. For his work in the field of supramolecular chemistry he received the Federchimica Prize in 1997, the Research Prize from the Italian Chemical Society in 2009 and the Medaglia Pino from SCI in 2017. He has organized two International Conferences in the field of supramolecular chemistry and co-edited a book entitled “Supramolecular Science: Where it is and where it is going”. He presented the results of his research in over 100 research lectures in conferences and invited seminars worldwide. He is the founder of SOATEC, a University spin-off company active in the field of environmental and food sensors (www.soatec.it). In 2004 he has been visiting professor at Naval Research Laboratory (Washington DC, USA). He has been the Scientific Director of Section 3 (Functional Materials) of the Italian Consortium for Materials Science INSTM (www.instm.it) from 2005 to 2017. From 2103 to 2015 ED was the Subject Editor for supramolecular chemistry of Elsevier’s “Chemistry, Molecular Sciences and Chemical Engineering”. He is in the editorial board of Scientific Reports for Chemistry. The research activity has been funded by several Institutions at the regional (Emilia Romagna, Lombardia e Trentino local foundations), national (5 PRIN, 2 FIRB, 1 FISR), European (7 project in FP6 e FP7 frameworks) and international level (NATO e DARPA funding). The main international collaborations are with the following Institutions: MIT Boston, ETH Zurich, University of Cambridge, ICIQ Tarragona.