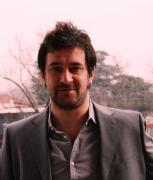 He took part to a number of national and international research projects, funded by the Ministry of Education (PRIN 2005, 2008), by NATO Allied Command Transformation and private bank foundations. He is the author of two books on the Theory of Revolutions, co-author of an edited book on identity-based conflicts (with Filippo Andreatta) and author or co-author of several chapters and articles in peer-reviewed journals.

His main research interests lie at the intersection between Peace Research and International Relation Theory, with a specific focus on the effects of economic modernization on states' domestic and international behavior.

In 2018 he got the National Scientific Qualification for Associate Professorship in Political Science (14/A2).

Among his most recent publications are: «Sviluppo economico e violenza politica. Una visione schumpeteriana» (Milano, Vita e pensiero 2022); «Lost in transition: the myth of Mao and the origins of COIN» (con S. Dossi e L. Zambernardi), in Small Wars & Insurgencies (2021), «Bargaining toward Pareto-Efficiency. Relative Gains, Simultaneity and the Case of South Tyrol», in Terrorism & Political Violence (2019); «The Arc of Modernization: Economic Structure, Materialism, and the Onset of Civil Conflict» (with T. Chatagnier) in «Political Science Research and Methods» 7 (2) 2019; «Force Protection and its Trade-offs» (with L. Zambernardi) in D. Reiter (ed), The Sword's other Edge. Tradeoffs in Military Effectiveness (Cambridge University Press 2017).

The studio is in via Università n. 7 (in front of the main building), 2nd floor near the elevator.

Via Università 7 building - 2° floor near the elevator