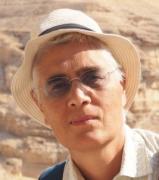 His present scientific interest is focused on the development of dedicated instrumentation for industrial application, and on the
design and testing of mixed analog/digital integrated circuits for analog signal processing.
He is author or co-author of more than 60 publications on international journals or proceedings of international conferences.

He is responsible of many projects with industrial partners in the field of systems and components for automation of industrial processes.
In addition to managing research contracts with firms, he has participated in European and national research projects, where in particular he directed research teams in the European Project "DYNAD, Methods and draft standards for the DYNamic characterization and testing of Analog to Digital converters" (IV PQ), in two National Project (PRIN 2005) "Microsensors, techniques and electronic circuits for transduction systems in non-conventional Si-based technologies" and (PRIN 2009) "A novel system based on Electric Impedance Tomography (EIT) for in vitro imaging of haemostasis"; in addition he directed a research team in the regional net-lab TECAL (Food Industry Technologies and Systems research) financed by the EmiliaRomagna region.