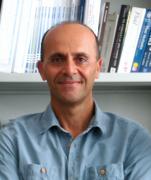 Master Degree in Civil Engineering with honors in 1986, University of Bari. PhD in Hydrodynamics in Florence in 1993. Post-doc at the University of Florence, from 1994 to 1996. Post-doc in the Human Capital Mobility Programme at Hydraulics Research Wallingford, UK. Participant in the Large Installation Plan at Delft Hydralics Lab, The Netherland, 1993. Confirmed Researcher in Hydraulics at the Faculty of Engineering of Parma since 1998. Associate Professor in Hydraulics since 2005. Full Professor in Hydraulics since 2018. Research Delegate and third mission of the Department, since 2017.

Coordinator for the Parma office of the Italy-Spain co-operation project 2000, in collaboration with the University of Santander, Spain. Magistrate of the Regional Court of Water of Florence.