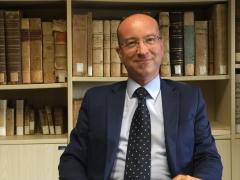 He investigated trial systems, both in mediaeval and in modern Age; particularly he examined ordines iudiciarii and handbooks of procedure for inquisitors. Recently he began to study mediaeval legal epistemology, especially that of the schools of Glossators and Commentators.