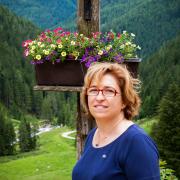 Since 1995 she has been assistant teaching and responsable for courses in some Italian Universities.

She has given several communications at international conferences as well as invited talks at different universities.

She is reviewer for MathSciNet e Zentralblatt MATH.