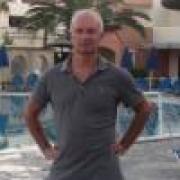 Agostino Poggi is full professor of Computer Engineering at the Dipartimento di Ingegneria dell'Informazione of the University of Parma and teaches “Advanced Software Engineering”, “Computer Networks” and Distributed and Agent Systems” at the local Faculty of Engineering.

His research focuses on agent, Web and object-oriented technologies and their use to develop distributed and complex systems. In these research areas, he has been and is involved both in national and international projects, coordinating the research of his Department inside different projects funded by public and private organizations. In particular, he participated in different EU funded research projects: COLLABORATOR, IST-2000-30045, (2001-2003), of which was the scientific coordinator, and CoMMA, IST-1999-12217, (2000-2002), LEAP, IST-1999-10211, (2000-2002), AGENTCITIES:RTD, IST-2000-28385, (2001-2003) and ALIS TECNET, ALA/2002/049-055, (2003-2006), where acted as coordinator of the research unit of the University of Parma. Moreover, he was one of the authors of JADE, an “open source” software development framework for realizing multi-agent systems that is become the international reference software to develop multi-agent applications.

The professor receives by appointment. Please, contact him via his institutional email.