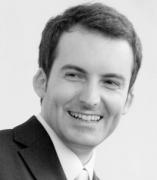 Italian State Certification for enabling the public profession in Engineering, 1999.

OTHER ACADEMIC TITLES AND ORGANIZING ACTIVITIES

Honorary Associate at the University of Wisconsin Madison, USA, since 2009.

Director of the Digital Dynamics Lab at the University of Parma, since 11/7/2019.

Scientific Director of the Smart Production Lab 4.0 initiative at the University of Parma, since 2017.

Member of the board of directors DMILE-DIH Digital Innovation Hub, from 2018.

Deputy of the Università degli Studi di Parma at the ITS Maker Foundation, since 3/11/2016

Member of the Committee for the PhD in Industrial Engineering, at the Università degli Studi di Parma, since 2002.

Member of the Committee for the assessment of PhD students in Industrial Engineering at the Università degli Studi di Parma, since 2013.

Member of the Exams Committee and Opponent for the PhD theses at Technischen Universität Kaiserslautern, Germany (24/7/2015),

Mentor of more than 40 theses at the University of Parma and at the Politecnico di Milano, mostly about automation, tribology, robotics and biomechanics.

Member of the State Commission for the Italian national certification for enabling the public profession in Engineering, at the University of Parma (2007).

Referee for the MIUR Italian Department of Education, University and Research, for the evaluation of national research projects.

Member of the Wisconsin Applied Computing Center, since 2012.

Member of the Patents Committee at the University of Parma, since 2013.

Among the main research topics and consulting activities, I focus on theoretical mechanics and numerical methods for the simulation of three-dimensional mechanical systems, developing the Chrono::Engine multibody software (www.chronoengine.info). Such software targets the simulation of large multibody systems with constraints, actuators and frictional contacts, and it is currently used in many research centers in the world.

Following is a more detailed list of research topics and knowledge.

Research collaborator for the High Performance Computing PAMMS project (Parallel variational method for the simulation of the seismic behavior of masonry structures), (2014).

Collaborator, in US Army Research Office Project: A Homogenization-Driven Multiscale Approach for Characterizing the Dynamics of Granular Media and its Implementation on Massively Parallel Heterogeneous Hardware Architectures

Seminar at the PhD School of the University of Parma: “High performance computing for Engineering applications”, 12 February 2015.

Seminar at the Politecnico di Milano: “From multi-body to many-body: software and methods” (November 2010)

Seminar at the Politecnico di Milano on: "Development of high performance software for multibody mechanical simulations" for the Ph.D students in Aerospace Engineering and Mechanical Engineering (November 2008).

Seminar at the Politecnico di Milano on: "Computational Issues in MultiBody Simulation" for the Ph.D students in Aerospace Engineering and Mechanical Engineering (November 2007).

Seminar at the Politecnico di Milano on "Development of high-performance Multi-Body methods", for the Ph.D students in Aerospace Engineering and Mechanical Engineering (February 2007).

Member of the Editorial board of Mathematical Problems in Engineering, since 2016.

Member of the Editorial board of the International Journal of Vehicle Performance (IJVP) since 2015.

Organizer and chairman of the conference “The Lamborghini Computer-Aided Styling Process”, Parma, 11 November 2009.

Member of the organizing committee at the “ISCSB VII International Symposium on Computer Simulation in Biomechanics”, Milano, 2001

Member of the organizing committee at the “AITC-AIT 2006 International Conference on Tribology”, Parma, 2006.

Member of the ECCOMAS scientific committee at the “III International Conference on Advances in Computational Multibody Dynamics”, Milano, 2007.

Chairman of various sessions at international conferences about mechanical simulation, robotics and tribology, since 2002.

Member of the IACM, International Association for Computational Mechanics.

Member of the AIMETA Association for Theoretical and Applied Mechanics.

Member of the EUROMECH.

Member of the AIT tribology association.

Member of the AIMETA group 'Kinematics and Dynamics of Multibody Systems'.

Collaboration with D.Negrut (University of Wisconsin, Madison, USA), for implementing parallel methods for large-scale multibody problems with application to vehicle mobility. Since 2007.

Honorary Associate / Collaborator at the University of Wisconsin, Madison, USA, since 2009.

Collaboration with Fraunhofer ITWM (Kaiserlautern, DE) about solvers for variational formulations, with application to the interaction between earth-moving machines and soil. PhD student exchange in 2010-2015.

Seminars and professors/students international exchange programs about multibody dynamics and robotics, at the Department of Robotic Systems of the University of Brno, VUT, CZ. 2006-2010.

Appointed as teacher of the following courses: 'Robotics', 'Mechanical Design', 'Mechanics of Automatic Machines', ‘Principles of Structural Mechanics’, ‘Robotics and Mechanical Actuators’, ‘Functional mechanics’. Since the academic year 2002/2003 to nowadays.

Supervisor of the laboratories of ‘Numerical Applications’ and ‘Applied Mechanics and Machine Building’. Since the academic year 2002/2003 to nowadays.

At the Politecnico di Milano:

Teacher of the courses “Theory of the Monte Carlo method, with Matlab applications” and “Technical and Industrial Design” within a MIUR financed project (DM 28621) hold at Procomac Spa, Parma (February, March 2008).

Teacher of “Principles of Software Engineering” for the post-graduate course “Validation of automated systems for pharmaceutical and other regulated healthcare industries”. ENAIP - Parma (2006).

Teacher of Robotics in a course about automation organized in Milano by Fondazione L.Clerici, Brugherio, Milano, sponsored by CEE, European Community (theory and practice with a Mitsubishi robot). (1999).

Consulting for ALTAIR Srl, from 2017. Real time simulation of vehicles.

Consulting for MOTESQUE, from 2018. Biomechanical simulation.

Consultant for the development of an AGV robot, at Hands Company, from 2013.

Software developer of Chrono::Engine middleware for physical simulation. Since 2006.

Software developer of the Chrono::R3D plugin (multi-body interactive simulation plugin for the Realsoft3D rendering and animation software). Founder of DeltaKnowledge (licenses distributed worldwide through Realsoft OY, Finland). From 1998 to present.

Research contract for developing a novel AGV robot at Pyxis Srl and implementation of the wireless control system. From 2006 to 2008.

Consultant of the student team PR43100 about suspensions and frame of a Formula ATA car (which won the 2nd place in 2007).

Designer of mechatronic subsystems with digital motor control within the GHIBLI automatic assembly plant, at Gamma S.p.A., from 2004 to 2006.

Developer of the Gear-ON software for designing gears to be cut via EDM, for the PersonalMachine3D company (2003).

Consultant for the Hall of Milano about the assessment of the safety of two-wheeled vehicles running on uneven road pavements. (2002)

Designer of a prototype of a SOS system to be installed on highways, Ducati Sistemi Bologna, 2002.

Software developer of PHENOMENA, particle animation plugin for the animation software Real 3D, from 1995 to 1998.

Author of more than 100 monthly articles about 3d computergraphics on the italian EAR magazine (GR Edizioni), from 1992 to 1998, and reviews of 3d software for other italian computer science magazines.

Alpha and beta tester of the 3D modeling/animation/rendering software "Realsoft3d" from Realsoft OY, Finland, from 1996.

Pictures for advertising, computergraphics for Cd ROMs, animations for TV commercials (Zeneca), from 1992.

Designer of dynamic web sites with PHP and SQL technology.

OTHER TECHNICAL AND SCIENTIFIC SKILLS

Knowledge of the 3d parametric CAD package SolidWords and of its API.

Design of dynamic web sites with PHP and SQL.

Development of custom MCU controllers with fieldbus for motor control.

My Erdös number is 4.

Software developer OpenHub ranking: 8th level Kudos, ranking in the highest 1% of 9 millions of developers in the world (20/10/2018)

Department of Engineering and Architecture