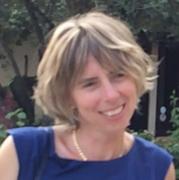 -Assistant Professor of Mathematical Physics, Faculty of Sciences, University of Parma, from 1998 to 2010

- Associate Professor of Mathematical Physics, Faculty of Sciences and Department of Mathematics and Computer Sciences, University of Parma, from 2010 to 2018.

-Since 2007, advisor or co-advisor of 5 PhD Thesis in Applied Mathematics and Mathematical Physics

Since 2004 I have been reviewer of papers in kinetic theory for MathSciNet Database and
reviewers for journals of Applied Mathematics and Fluid Dynamics.
I am author of more than sixty research papers on international journals (peer-reviewed) with large diffusion, and I have presented results of my researches in about thirty international conferences (some of them as invited speaker).

Research projects and grants
- Coordinator of one-year junior research grant from GNFM-INDAM (National Group for Mathematical Physics of Italy) in 2002 for researches on the detonation problem for a mixture of chemically reacting gases.
- Since 1998, Member of the research unit in Parma of the Research Project PRIN MIUR (Ministry for Education, University and Research of the Italian Republic)
- Coordinator of a bilateral project UIF - Galileo Project 2007 between Italy and France.

Member of the Editorial Board of Rivista UMI - Matematica, Cultura e Società, and of Rivista di Matematica dell'Università di Parma.

Member of the Scientific Committee of the Unione Matematica Italiana (UMI) since 2018.

Fix a meeting by email:  maria.groppi@unipr.it