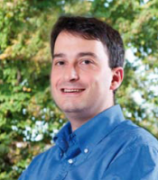 Andrea Prati is born in Modena in the 1973. He received the Laurea in Computer Engineering in the 1998 at the University of Modena (110/110 cum Laude). He received the Ph.D in Information Engineering in 2002 at the Dipartimento di Ingegneria dell’Informazione of the University of Modena and Reggio Emilia. During the last year of his Ph.D. studies he spent 6 months at the CVRR (Computer Vision and Robotics Research) laboratory of the University of California, San Diego (UCSD), USA. During this period he participated to the advanced research project called ATON (Autonomous Agents for On-Scene Networked Incident Management). The objective of this project, funded by the transportation agency of California (CalTrans), was to develop integrated systems with cameras and sensors for traffic-incident detection, monitoring and recovery. After his Ph.D, he has collaborated with a two-year research grant with the Dipartimento di Ingegneria dell'Informazione, and, then, with a collaboration on research acitivites in the field of distributed video-surveillance.

He collaborates to research projects at regional, national, European and international level.The main research project are the following.
At regional level (Piano telematico Emilia-Romagna), he actively participated as task leader to the project L.A.I.C.A. (Laboratorio di Ambient Intelligence per una Citta' Amica - Laboratory of Ambient Intelligence for a Friendly City - two-year project in collaboration with several universities and companies in Emilia-Romagna). The project consists in the development of advanced services for the citizens. Andrea Prati worked on the detection, tracking and modelling of people in multi-camera environments.
At national level he participated to the PRIN 2006 FREE SURF project aiming at introducing new paradigms of video surveillance from fixed, mobile and hybrid cameras, which must be also compliant to privacy laws.
At European level, he participated to the Network of Excellence DELOS on Digital Libraries, working on the annotation and transcoding of digital libraries of sport events and recently to the project THIS (Transport Hub Intelligent video System) funded by the programme "Prevention, Preparedness and Consequence Management of Terrorism and other Security-related Risks" of DG JLS of European Commission.
At international level he is scientific responsible of the project BE SAFE (2006-2010) under the NATO funding scheme Science for Peace. The project, in collaboration with Prof. Naftali Thisby of Hebrew University (Israel), has the main objective to evaluate new machine learning methods for abnormal behavior analysis with the aim of preventing terrorist attacks.

He collaborates with the University of Technology, Sydney, Australia, in the field of a research project called "LittleBrother: Vision Systems Supporting Detection of Offenders in Public Places" aimed at the research in distributed video-surveillance. He is scientific vice-manager of the research contract with the Belgian company Traficon, N.V., world leader in vision-based systems for traffic control.
Moreover, he has collaborated with several local companies in specific research projects. Among the many, the two-year collaboration with Marchesini Group SpA located at Pianoro(BO) has resulted in a patent, of which Andrea Prati is co-author.

His research interests belong basically to 6 fields:
- Computer vision and pattern recognition for creative industries: thanks to the multi-year collaboration with Adidas AG, Andrea Prati has recently (since 2016) worked on the application of computer vision and pattern recognition for the automatic analysis and classification of appareal images (both 2D and 3D)
- Development of sensor networks based on embedded devices (including smart phones) for applications of computer vision, such as object/landmark recognition from mobile cameras and facial expression analysis for automatic mood recognition
- Performance analysis of multimedia computer architectures: in this field, he has contributed to the definition of original pre-fetching techniques for caches in order to improve the access to images and videos
- Motion analysis: in particular, he worked and currently works on the study models and algorithms for the detection and tracking of moving objects; on the analysis of people postures for the identification of dangerous situations, such as falls; on the object tracking in distributed, multi-camera environments; on the analysis of traffic; on the analysis and removal of the shadows; on the applications of these techniques in domotics
- Semantic video transcoding: in this research field, Andrea Prati has worked (in collaboration with the University of Florence) on the automatic annotation and transcoding of both surveillance and sport videos, with the aim of providing, on the one side, a semantic coding which permits to compress less the interesting objects and compress more non-interesting ones, and, on the other side, a methodology for the evaluation of the quality of the entire process annotation-transcoding with user-centred performance metrics;
- Various topics: he worked on different topics of computer vision, also in industrial scenarios, as the tonal and defect control for ceramic tiles (Teklab Srl), the localization of pallets for automatic logistics (Infovision Srl), the analysis of camera-car videos from Formula 1 (Ferrari Gestione Sportiva Spa), application of medical imaging for the analysis of the cardiac frequency in fruit flies (Drosophila melanogaster), in collaboration with the Burnham Institute, La Jolla, CA, USA.

Andrea Prati is Senior Member of IEEE, member of ACM and member of GIRPR (IAPR Italy). In 2014 he has been awarded with the IAPR fellowship ”For contributions to low- and high-level algorithms for video surveillance”.

By appointment through email andrea.prati@unipr.it

Andrea Prati is active on several topics and projects related to computer vision (both for industrial applications and others), image processing, pattern recognition and machine learning, as well as mobile vision (application of computer vision to mobile devices). Further details can be found on the IMPLab research group website: http://implab.ce.unipr.it