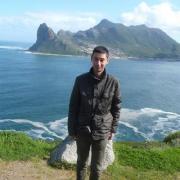 Dario Lodi Rizzini is currently a research assistant at the Department of Information Engineering of University of Parma. He received the Master degree (Laurea Specialistica) and the PhD degree respectively in 2005 and 2009. In 2007 he has visited the Autonomous Intelligent System group of the Albert-Ludwigs-Universitaet Freiburg (Germany). His main research interests lie in the area of localization, mapping and navigation of mobile robots. In particular, his past research focused on graphical formulation of SLAM and on mapping algorithm design for balancing computational load and allowing distributed execution. Recently, he addressed the problems of 3D perception and object detection for robot navigation, object manipulation and underwater robotics. He has collaborated to several industrial and national projects. He is IEEE Member.